How much emotional intelligence is sitting in your leadership team? 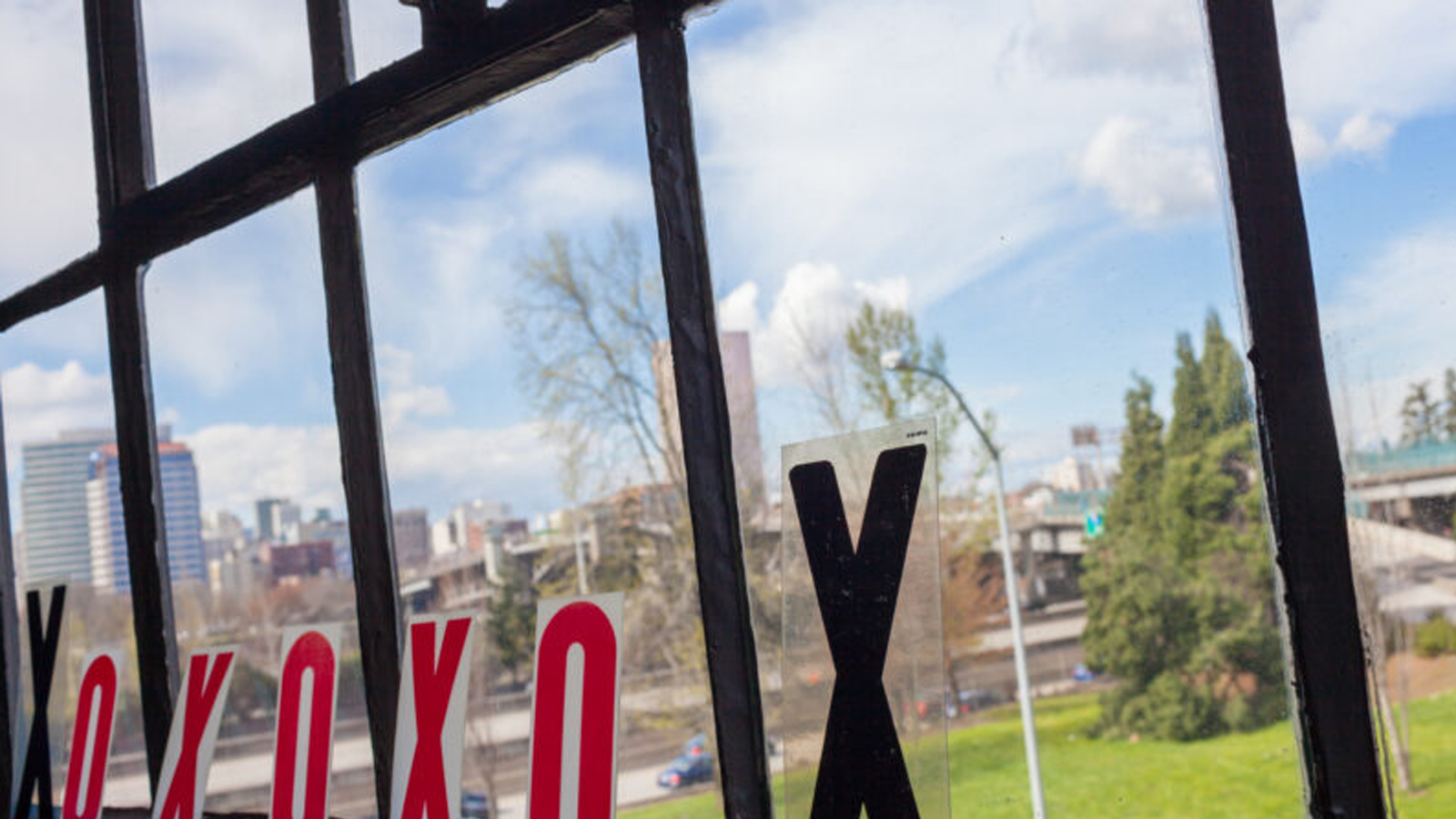 Five human beings run Thread, and our names are Liz, Heather, Audrey, Jennifer and Molly. You may not be able to tell by our names who we voted for or whether we had happy childhoods, but you wouldn’t be wrong to guess that we are all women.

This is something of an anomaly in the creative world (and everywhere else, for that matter). Still, I’m always a little caught off guard when someone asks, “What is it like to be a female creative director?” or “Tell me about your all-woman leadership team.” It’s not unlike what I imagine female comics or Black artists or LGBTQ+ filmmakers feel when they get categorized by their adjectives instead of their nouns. The assumption being that it is something worth asking about, something exceptional. Which, statistically speaking, it is, but it doesn’t feel that way to me.

Maybe I’d have a better answer if Thread had been a company that was founded with the purpose of female leadership. But the reality is the five of us women arrived where we are not because of any grand design around gender, but because over the course of years of projects, deadlines, pitches, presentations and growth, we rose to the top as the ones most skilled and capable of leadership. As far as I’m aware, our gender didn’t hold sway either way. 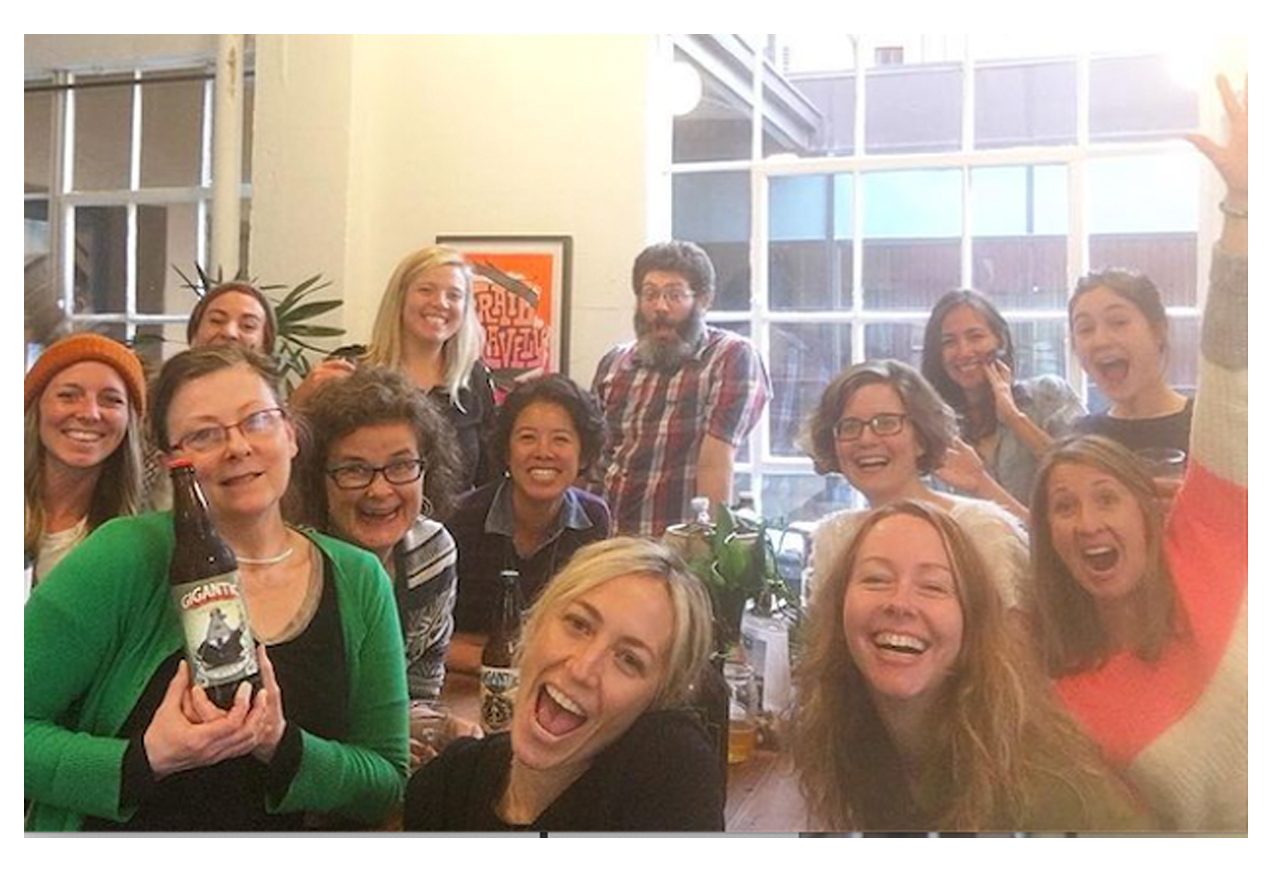 So I’m a little conflicted about the “woman leader” distinction. On the flip side, I do like it when I hear that a potential client sought us out specifically because Thread is run by women. It’s a kind of work courtship shorthand that puts me at ease right away. I appreciate people who appreciate women. And I welcome it when I hear someone say, “I’ve worked with all sorts of people in my job/career/industry/line of work, and I’ve found I like working with women best.” And they’re not alone.

Studies have shown that the presence of women is one of the best predictors of a group’s success. The benefits of working with women have been corroborated by everyone from Inc. to Fast Company to The New York Times. The latter saying, “Teams with more women outperformed teams with more men. Indeed, it appeared that it was not ‘diversity’ (having equal numbers of men and women) that mattered for a team’s intelligence, but simply having more women. This last effect, however, was partly explained by the fact that women, on average, were better at ‘mindreading’ than men.”

After all, what is marketing if not mindreading? The work we do hinges on our ability to read the minds of consumers, to anticipate their reaction to a joke, to intuit how a certain phrase will wake them up or lose them entirely. Mindreading is the power to understand what makes a consumer delete an email, make a purchase, roll their eyes or share your product with a friend. Mindreading is a vital skill in any industry, but it’s the holy grail of creative commercial work.

“The work we do hinges on our ability to read the minds of consumers, to anticipate their reaction to a joke, to intuit how a certain phrase will wake them up or lose them entirely.”

Mindreading is just one of many non-technical skills often referred to as “soft skills,” “people skills” or “EQ” (emotional intelligence). The list includes other hard-to-measure skills like decision-making, reading a room, working in teams, speaking up, and being curious about and willing to make change. I don’t care what your gender is, these are the skills everyone needs to do their job well. And when these skills are missing, I would add, that’s when work quickly goes from well-oiled machine to dumpster fire.

At Thread, we have a writing sample test we give to potential writers to see if they have the baseline talent and writerly intuition to push words around and get them right. We’re on the lookout for the correct use of grammar and a knack for fresh metaphors, but that’s only part of it. We’re also registering the tone of an applicant’s emails, what kinds of questions they’re asking, how interested they are in our process, and how open they are to feedback and revising the work to make it better. There are lots of good writers out there. The exceptional ones wow us with their soft skills. Those are the ones we hire.

There’s been a lot of debate about the term “soft skills,” because “soft” makes them sound easier, which they most definitely are not. I like coder April Wensel’s term “catalytic skills,” because it captures the idea of an essential element that’s required to make something happen. In other words, without catalytic skills, there’s no problem-solving, no growth, no innovation. These are some of the same skills that the FBI uses during crisis negotiations and, not coincidentally, that are sought after and prized for leadership.

Despite the appallingly low number of women in leadership positions, research suggests that women are better at catalytic skills than men. But the trap of thinking that catalytic skills are gendered is the same trap we fall into when we believe you’re either born with these skills or you’re not. You can either read a room or not. Take criticism or not. Question authority or not. When the truth is that like any technical skill, with work, you can get better at it.

“Catalytic skills ARE the job. 100% required. Not icing, but cake.”

What’s tricky is that catalytic skills are difficult to measure, so review, course correction and feedback on these skills can be challenging (understatement) to deliver. As professionals, we’re pretty good at giving feedback on the work. It’s a lot harder to give feedback on things like empathy, self-awareness and optimism. So we tend to let these things slide, telling ourselves that as long as someone’s “doing their job,” that should be good enough. But catalytic skills are the job. 100% required. Not icing, but cake. It’s on all of us to figure out how to get better at them.

The five of us may not have risen to where we are because of our gender. Or maybe, as it turns out, we did. Whichever way you choose to look at it, now that we’re here, we are leading the company like women. Which is to say, modeling and cultivating strong catalytic skills. Last year, we sat down to figure out our most valuable strengths as a way to direct the company toward growth. We brainstormed, debated, whittled down, reassessed, debated some more. Eventually, we landed on five qualities we felt summed up our team at its very best. We call it the Thread Code. I just checked, and there isn’t a single hard skill among them.

Want to see the five principles that guide our women-led creative studio? Give us a shout, and we’d be glad to email you a copy of the Thread Code. 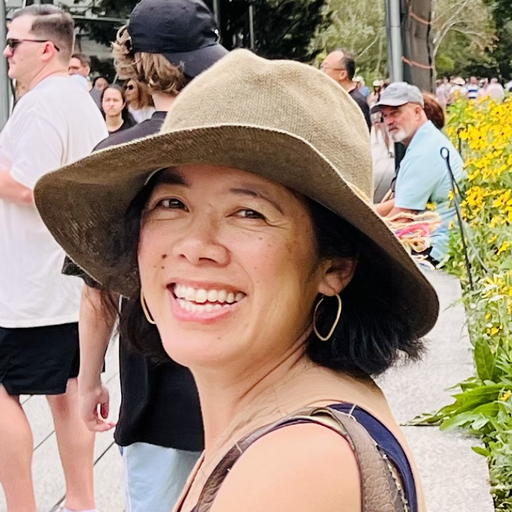 If the outdoors is for everyone, why doesn’t it always feel that way?

How representation shapes our sense of belonging in the outdoors.

Dr. Bronner’s is Cher if Cher were soap

What does America’s OG hippie soap brand have in common with the Goddess of Pop?